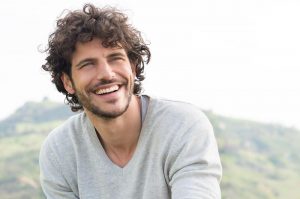 You may have seen the more than 13,000 lawsuits against Bayer who acquired Monsanto, the company that created Roundup. New research states those exposed to Glyphosate raise their risk of cancer by a monumental 41%.

Glyphosate is an herbicide that remains the world’s most well known and common weed killer. Glyphosate, the active ingredient in Roundup, is a widely used and harmful herbicide used on crops and other plants to kill weeds.

Glyphosate residue can be found in your food supply — on produce, in meat, and in packaged foods. Glyphosate is the world’s most widely produced herbicide and is the primary toxic chemical in Roundup, as well as in many other herbicides. In addition, it is a broad-spectrum herbicide that is used in more than 700 different products from agriculture and forestry to home use. Glyphosate was introduced in the 1970s to kill weeds by targeting the enzymes that produce the amino acids tyrosine, tryptophan, and phenylalanine. The enzymes of many bacteria are also susceptible to inhibition by this chemical, thus altering the flora of many animals.

Following are Side Effects of Roundup

Chances are that you have been exposed to Glyphosate, but good news is that you can be tested.

A simple urinary test can help determine how much Glyphosate you have inside you.  Even better we now have natural supplements that can help eliminate this bad chemical from our bodies.  Some people have ignored the warnings around this chemical and now are suffering terrible diseases. Get tested, get the Glyphosate out of your body before it has a chance to further create damage to your cells.

Give us a call or stop by.

Request An Appointment
Font Resize
Contrast
Call Us Text Us